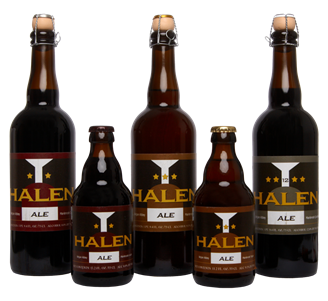 In the middle ages, in Belgium drinking Abbey beer was a traditional must on Sunday and special holidays.
Mariënrode had a number of products that were produced on a regular basis, and they had some seasonal specialty beers.

Halen Breweries started as a brewery with the goal to recreate the original Mariënrode beers.
The beers were based on the traditional recipes and ingredients created by the Cisterciënzerinnen that came to Halen 900 years ago. Most of the ingredients are still locally grown.

Al our beers are bottle on 33CL and 75CL bottles and are sometimes available on 20L and 30L kegs.

We support 15CL and 33CL Halen Mariënrode glasses. This is a typical abbey chalice form glass that was used by nearly all abbeys during ages. In the beginning the chalice was made of baked clay or metal. Later most beer was poured in glasses.

The art of serving Halen Mariënrode 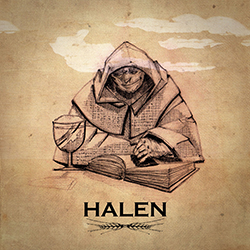